I am a highly experienced Cinematics Director/Lead Cinematics Animator/Lead Animator with a passion for visual storytelling. Focusing heavily on producing and directing cinematic cutscenes, cinematic gameplay and in-game animations, I have worked on many AAA projects ranging from multiple James Bond titles to Disney and Blue Sky movie tie-ins. Having spent 12 years at Eurocom honing my knowledge of in-game animation, cinematography, choreography and direction, I was fortunate enough to also work in collaboration with other prominent studios, including both EA and Activision. 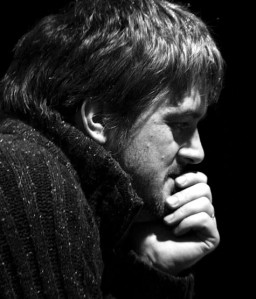 Taking an extremely hands on approach, I was responsible for overseeing the overall artistic vision and creative direction of all cinematic storytelling (including pre-visualisation, camera work, lighting and storyboard development) and in-game set-pieces from initial concept to shipped title. Working on multiple projects concurrently, I was responsible for all cinematic sequences – from initial casting and direction of motion capture actors through to final finished product.

Having access to Eurocom’s own motion capture studio was fantastic and enabled me to experiment with the latest technology, to direct many talented MoCap actors and to develop a a system for creating a gritty, contemporary, hand held feel to the camera work. Working closely in conjunction with other departments, plus a terrific team of animators, made my time at Eurocom an absolute pleasure.

When Eurocom sadly closed its doors for the last time in November 2012, I was ready for my next adventure. From there, I began work on my 19th title, bringing enhanced cinematics to Rare’s (Microsoft Games Studios) Kinect Sports Rivals for the Xbox One.

I have to say, working for Microsoft, albeit on a short term contract, was a pretty great experience. After the project wrapped up, I did a brief stint at the awesome Axis Animation on a couple of great titles, before moving on to to Pinewood and Warner Bros Studios to work on some fantastic movie projects. Working on short term contracts has been a novel experience for me, but I’d urge anyone contemplating doing the same to go for it as you’ll get to work on some really varied and thrilling stuff.

Now, I am no longer contracting; I have recently hopped across the pond as Raven Software (Activision) have appointed me as Animation Director – an exciting position within an awesome studio – and am now settling into life in Madison, USA.